However, owners will be liable for damages in case the vessel will not only miss her cancelling date but if separate from that owners will be in breach of another obligation under the C/P.  This will be discussed further below.

Should the vessel not be ready to load (whether in berth or not) on or before the date indicated in box 19 (cancelling date) Charterers have the option of cancelling this contract, such option to be declared, if demanded, at least 48 hours before the vessel’s expected arrival at the port of loading.

Should the vessel be delayed on account of average or otherwise, Charterers to be informed as soon as possible, and if the vessel is delayed for more than 10 days after the day she is stated to be expected ready to load, Charterers have the option of cancelling this contract, unless a cancelling date has been agreed upon.

A late exercise of the option to cancel is invalid. The owners may not accept it, agree to it or accept it as a repudiatory breach of the C/P.

The remainder of both clauses (which is paragraph (b) of the 1994 form) gives owners a tool which they may use to enforce charterers to decide whether they will cancel the C/P or not.  Both clauses have been phrased differently in this respect and will be discussed here below.

After the demand is made the charterers have to decide what to do at least 48 hours before vessel’s expected arrival or within a reasonable period in case such demand is made within 48 hours of vessel’s ETA.

The reason behind this mechanism is to protect owners against performing a long approach voyage, only to hear upon arrival that the C/P has been cancelled. However, this clause only affords the owners protection of minimum 2 days, at least assuming that the demand to cancel has been made before 48 hours of vessel’s ETA.

Under clause 9 (b) owners do not have to wait until the cancelling date actually has passed. If they expect that the vessel will not be ready in time, owners have to notify charterers about this together with vessel’s ETA and their request whether charterers are going to cancel or not.

Now charterers have to declare within the next 48 hours whether they will cancel or not and if they do not exercise their option to cancel,  the original cancelling date will be extended to the seventh day after vessel’s ETA as stated in owners’ notification.

The last paragraph of clause 9 (b) makes clear that owners can call on sub-clause (b) only once. In case the vessel does not meet the new cancelling as well, owners will have to face sub-clause 9 (a) only.

Last paragraph of clause 10 of the Gencon 1976 form

Should the vessel be delayed on account of average or otherwise charterers to be informed as soon as possible, and if the vessel is delayed for more than 10 days after the day she is stated to be expected ready to load (box 9) charterers have the option of cancelling this contract, unless a cancelling date has been agreed upon.

This paragraph only operates in case no cancelling date has been agreed. The “expected ready to load” date as stated in box 9 becomes determining for the purpose of cancelling the C/P.

The most standard forms have a cancelling clause of the same tenor as described here above but not always accompanied by a possibility for owners to force charterers to make up their mind.

Examples of other occurring variations are:

As mentioned in the first paragraph the cancelling clause gives no right to claim damages. However, if the vessel missed her cancelling date because of a separate breach of the C/P, owners are liable for damages. In the standard Gencon 1976 and 1994 forms, clause 1 in combination with box 8 and 9 could be relevant in this respect.

If the owners wrongly stated vessel’s present position (which is the position at the time of fixing) in box 8 or the date on which she is expected ready to load in box 9, they may face a claim for damages. If on top of that the vessel missed her cancelling date, the cancelling date may operate independently from this breach.

Linked with these provisions is the obligation to proceed to the loadport (with reasonable despatch). In the Gencon C/P this phrase is stated in clause 1.

The combination with “expected ready to load” means that the approach voyage must be commenced timely so that it can reasonably be expected that the vessel, proceeding normally, will be ready to load at the date stated in the C/P.

Finally the owners may be required to give notices of vessel’s ETA at the port of loading. This is not so in the Gencon form but in other forms (f.e. without an “expected ready to load” provision) it might be a standard requirement.

The “New York Produce Exchange 1946” form states by virtue of clause 14 that:

“If required by charterers, time not to commence before……. and should the vessel not have given written notice of readiness on or before……but not later than 4 p.m. charterers or their agents have  the option of cancelling this Charter at any time not later than the day of vessel’s readiness”.

The notice of readiness to which this clause refers is the notice which has to be given to allow  delivery of the vessel into charterers’ service. This means that the vessel has to be at the place and in the condition as required under the C/P.

The same basic principles apply to these clauses as discussed under “Voyage Charters”.  Charterers are not allowed to cancel before the cancelling date but may wait to cancel until owners have delivered the vessel properly.

More or less similar to the Gencon  1994 form, the Baltime and the NYPE 1993 forms allow owners to demand from charterers whether they will cancel or not already when it is clear that the vessel will not arrive in time. The accompanying procedure bears similarities as well.

So, compared to these forms, the older NYPE form gives charterers’ more room to manoeuvre and affords owners less protection.

Also, under a Time C/P a separate breach may give rise to a claim for damages. A mere cancelling of the C/P pursuant to the cancelling clause does not have this effect.

Apart from owners’ obligation to exercise reasonable diligence to deliver the vessel before the cancelling date, the C/P may contain an estimated time of arrival or a requirement to provide delivery notices.

Such presentations should be given reasonably and honestly.  If owners fail to do so they will be liable for damages which should put charterers in the same position in which they would have been if the information (ETA or delivery notices) was given on reasonable grounds.

Condition of the vessel on delivery and place of delivery

If the vessel is not in the condition or at the place as required by the C/P (Voyage C/P or Time C/P) by the cancelling date, apart from the right to cancel under the cancelling clause, this could be a separate breach of the C/P as a consequence of which damages can be claimed.

However, this subject (Delivery of the vessel, tender of a valid NOR) requires separate consideration and has been discussed in previous service-letters. 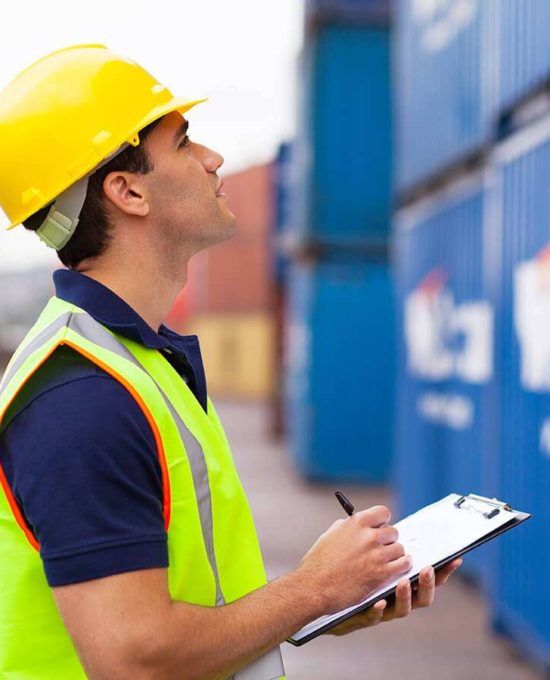