Laytime is often an issue which seems to be reason for disputes between Charterers and Owners. And more specific: when does laytime commence and when is a NOR valid.

At common law the vessel has to tender a NOR at her first load-port (or at least notify charterers that the vessel is ready to load) but frequently the C/P requires that a NOR shall be tendered at the following ports of call (load and/or discharge ports) as well. A Notice of Readiness (NOR) is valid when the following requirements have been met:
– The vessel must have arrived at the C/P destination
– The vessel must be ready to load (or discharge as the case might be)
– Any specific requirements which may have been incorporated in the C/P
The specified destination has been discussed in previous articles (see our claimsletters 2 and 3). To summarize, under a berth C/P the vessel has arrived at the agreed destination when she is alongside the berth named in or to be nominated under the C/P. Under a Port C/P the vessel has arrived when she is within the port-limits and at the immediate and effective disposal of the charterers. This would be at the berth in case she proceeds there directly or alternatively usually the place where vessels wait for a berth to become available.

As discussed in our service-letter 3, frequently the C/P contains a provision allowing the vessel to tender a NOR at a different place if the specified destination cannot be reached because of congestion. In this respect the WIBON and WIPON provisions are frequently incorporated.

Readiness of the Vessel

The vessel needs to be ready in all respects to load or to discharge. This does not only apply to the physical condition of the vessel but for example also to documents necessary to allow the vessel to load or discharge.
Physical readiness means that:
– All cargo-spaces intended for loading (or discharging) need to be ready for that particular cargo.
– Hatches and loading-gear (if applicable) or other equipment of the vessel necessary for the cargo-operations must be ready to put into operation.

If the vessel has a deficiency or shortcoming which will not affect the cargo operations and can be made good before it will affect vessel’s performance, this will not prevent the master from tendering a valid NOR.

Legal readiness means that all papers necessary for the commencement of loading or discharging must be in order. If charterers have to arrange for a certain document before the vessel can load or discharge, a valid NOR can be tendered if all other requirements have been met. If such document would prevent the vessel from proceeding to the specified destination charterers have to act with reasonable dispatch in order to obtain that document and to enable the vessel to tender a valid NOR.

Obtaining Custom Clearance or Free Pratique are usually formalities (varying from port to port) which will not prevent the vessel from tendering a valid NOR. However if it is not possible for the vessel to meet (one of) these requirements (f.e. because of an infectious disease on board of the vessel causing that quarantine restrictions have to be imposed on her) the vessel will probably not be at charterers’ disposal and no valid NOR can be tendered.

C/P’s frequently state that the vessel is allowed to tender her NOR “Whether Customs Cleared Or Not” (WCCON) and “Whether In Free Pratique Or Not” (WIFPON). It is thought that these provisions should mean that a valid NOR can be tendered regardless of whether the accompanying formalities have been fulfilled or not, however no reliance can be placed on these provisions if no Free Pratique or Custom Clearance can be obtained because of a problem on board of the vessel.

This would imply that these provisions do not have any added value. They does not change the common law position as described here above.

The C/P may say something about the format of the NOR. Further it may dictate how, to whom and when it should be given.

Any failure to comply which these requirements does not automatically imply that the NOR is invalid. This would require clear and express wording or it should be reasonable to infer that such NOR must be invalid. For example in case the C/P requires that the NOR should be tendered to charterers whereas it has been given to owners’ agent at the relevant port, such NOR could well be invalid. On the other hand if in that case the NOR was given to a charterers’ agent or to shippers, the NOR might be considered as a valid one. Much will depend on the facts of the matter in question.

Here above it has been set out which requirements have to met to enable the vessel to tender a valid NOR. In short, the NOR is not validly tendered if the vessel is not ready or in case the NOR has been given premature (before arrival at the C/P destination).
An invalid NOR does not become valid if the preceding requirements have been met as yet. A new NOR should be tendered when the vessel actually is in a position to tender a valid NOR.

However if no such fresh NOR has been tendered (which means that no valid NOR has been tendered at all) it has been held that charterers waived their reliance on a premature NOR at the time loading or discharging actually started, upon which laytime commenced in accordance with the C/P. So in this case (“The Happy Day”) the invalid NOR (which was tendered premature) took effect at the commencement of discharge.

A similar result was achieved in a case whereby the subject cargo was overstowed by another cargo and a NOR was given whilst the subject cargo was not accessible (“The Mexico I”). When the cargo became accessible no new NOR was tendered. So also here no valid NOR was tendered at all. Laytime did not start earlier than at the commencement of discharge which was accepted by charterers. This was about two weeks after a valid NOR could have been given.

This is quite a complicated subject and in order to avoid disputes owners are advised that in case of doubt it’s safer to tender another NOR. On the other hand charterers (and their agents) should keep in mind not to accept a NOR as a matter of course in case they have doubts or no actual knowledge about its validity.

A different situation will arise in case a valid NOR (containing a true representation of vessel’s position and readiness) has been tendered outside a time-spread within which the NOR should have been tendered in accordance with the C/P.

For example the C/P may state that a NOR should be tendered within office-hours. In the first place the office-hours at the port in question will have to be established on basis of the local situation and the C/P as a whole.

If a valid NOR will be tendered outside these contractual hours (f.e. at 03.00 hrs whereas the office- hours run from 08.00 hrs to 17.00 hrs) this NOR will become effective upon opening of the office at 08.00 hrs and laytime will start to run in accordance with the C/P.

Equally a valid NOR which has been tendered before vessel’s laycan does not become invalid because of this. Also here the NOR becomes effective at the earliest possibility under the C/P.

So contrary to circumstances under which an invalid NOR has been tendered as described in the previous paragraphs, here it will not be necessary to tender a new NOR. 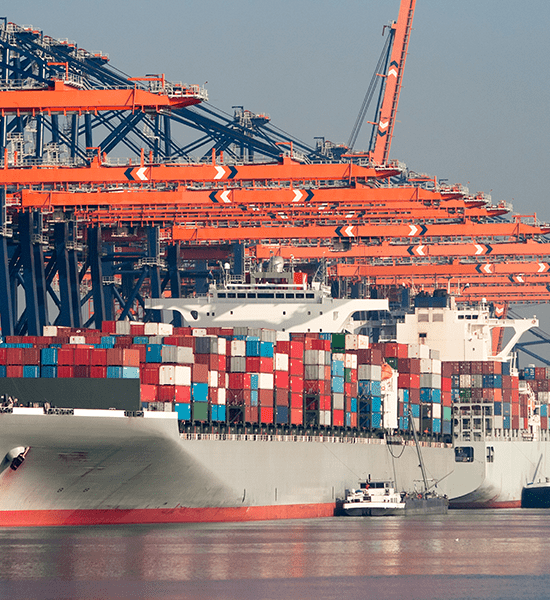