This issue deals with two topics related to security for claims. The first one concerns a recent amendment to the InterClub Agreement 1996 and the second one, which has now less impact than about two years ago, concerns Rule B attachments in the USA.

To illustrate this, if for example a vessel’s owner provided security for a cargo claim which the B/L holder lodged under the B/L with the owner, under the ICA 1996 the owner is not entitled to get a countersecurity from charterers until the owner properly settled the claim under the B/L.

The International Group of P&I Clubs found this unsatisfactory and decided to incorporate a new provision in the ICA which has the following effect: If one of the parties to the C/P had to put up security for the original cargo claim, this party is entitled to get security from the other party on the basis of reciprocity. This is understood to imply that the party demanding security will, upon request of the other party, provide an acceptable security to the other party for an equivalent amount.

Considerations
In our first claimsletter (March 2010) we briefly mentioned some of the differences between the ICA 1884 and 1996 and why the older version could be more advantageous to charterers. The same applies to the amendment discussed here above. If charterers incorporate the ICA in their C/P, instead of automatically agreeing upon “… and any amendments thereto.” or a similar wording, they should keep in mind that not all versions of the ICA are the same and that an older version might be more beneficial to them.

In the US, for the purpose of obtainingsecurity, Rule B makes it possible to seize property of a party against whom the claimant has a maritime claim.
There are a few requirements:
• Claimants need to show that they have a maritime claim. Claims under a B/L or C/P will meet this requirement.
• The defendant cannot be found within the jurisdiction of the relevant Court (the defendant has no office within the district).
• The defendant has, or will have, assets within this jurisdiction. An attachment under Rule B is permitted
without any notice to the defendant.

The rise and fall of “electronic funds transfer (EFT) attachments” in New York
Rule B attachments became worldwide well known when in 2002 it was held in New York that “EFT’s” from or to a defendant could be attached in accordance with Rule B.

All US Dollar transactions will pass through an intermediary US Bank, most of them having their office in New York (Manhattan). As EFT’s were found to be attachable property, Rule B attachments in New York became very popular.

The decision which caused all this commotion was finally overruled in 2009. The Court held that an EFT was no longer to be considered as an attachable property. Economical reasons and complaints of the NY banks will no doubt have played a role in reversing the 2002 judgement, which is of course a big relief to defendants of maritime claims.

The present position
Although EFT attachments are history, Rule B attachments are still there. Rule B traditionally allows for the attachment of assets in the US such as vessels, bunkers, cargo and bank-accounts. However for many shipping companies the only threat caused by Rule B was a possible seizure of electronic US Dollar transfers. Since October 2009 this is one concern less. 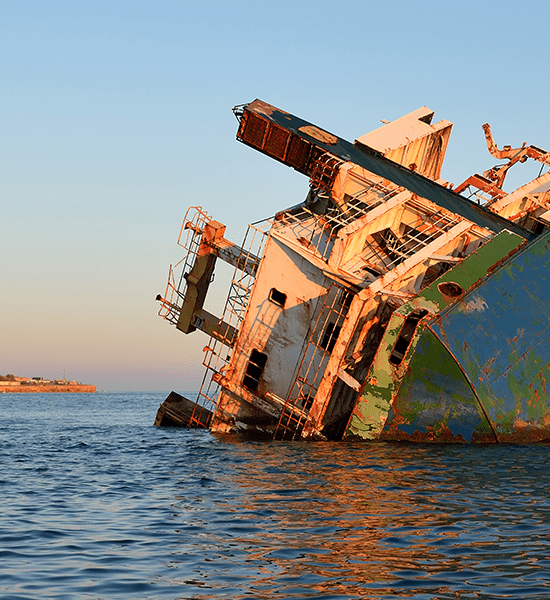