In previous service-letters it has been discussed when, where and how a valid NOR should be tendered under a Voyage Charter. Delivery of a vessel under a T/C displays similarities but as in essence a T/C is different from a Voyage Charter, the commencement of a T/C will be reviewed separately here below.

The vessel must be delivered in time

Usually the C/P incorporates a cancelling date before which the vessel has to be delivered into the C/P. If owners fail to do so, this will provide charterers with an option to cancel the C/P.

Cancelling clauses will be discussed in the following service-letter. There will also be another date entered in the C/P before which charterers do not have to accept that the C/P period will commence. Together with the cancelling date this “time-window” is known as vessel’s “laycan”.

Often the C/P requires from the owners to give advance notices. Such notices should be given honestly and on reasonable grounds failing which charterers may be entitled to claim damages.

The vessel must have arrived at the right place

Charterers do not have to accept delivery of the vessel if she has not arrived at the place agreed in the C/P. The place of delivery could be a specified berth, port or pilot station or a specified place at sea (f.e. on passing Gibraltar). Where the vessel has to arrive at a specified port or berth, the same principles apply as are determining for tendering a valid NOR (see previous service-letters 2, 3 and 5).

Any options given to the charterer as to the place of delivery should be exercised timely (to enable the owners to deliver their vessel in accordance with the C/P). Otherwise this may be taken as a waiver of charterers’ right. The vessel will then be delivered validly at each optional place under the C/P.

Under a NYPE 1946 CP the owners have to tender a NOR before the charterers have to accept delivery of the vessel. Clause 5 of the C/P provides for a “notice-period” after which time starts to count which time coincides with the time of delivery, unless charterers exercise their express option to make use of the vessel earlier in which case this moment is considered as the time of delivery.

The NYPE 1993 and Baltime forms state that hire is payable from the time of delivery without making reference to a NOR and a “notice period”.

There could be more specific requirements varying from C/P to C/P and are for example dependent on the type of vessel or trade, but it would go too far to discuss this here at length.

“Vessel on her delivery to be ready to receive cargo with clean-swept holds and tight, staunch, strong and in every way fitted for the service….”

Other C/P forms will invariably contain a wording of the same tenor: The Baltime form states (clause 1) : “The vessel being in every way fitted for the ordinary cargo service.”
The NYPE 1993 form states (clause2): “The vessel on her delivery shall be ready to receive cargo with clean swept holds… and in very way fitted for ordinary cargo service…”

Owners will have to meet these requirements at the time of delivery. If these requirements have not been met, delivery can be rejected. Charterers will have an option to cancel the C/P in accordance with the cancelling clause if these requirements have not been met before the cancelling-date. If delivery has been accepted but it appears that the vessel is not in the required condition, usually owners may be liable for damages as a consequence of their breach. If the deficiencies are serious enough to frustrate the performance of the C/P, charterers may become in a position the cancel the C/P and claim damages because of a repudiatory breach.

“In every way fitted for the service” means that the vessel has to be suitable for services required from her under the C/P. This has to be judged reasonably which in the The Baltime C/P and the NYPE 1993 C/P finds expression by adding “ordinary cargo” to “service”.

“Fitted” includes an absolute obligation that the vessel must be seaworthy. So the test of seaworthiness applies to the contractual voyage (s).

Proving that due diligence has been exercised may sound relatively easy, but it is a heavy burden which has to be discharged. In this respect this duty cannot be delegated. Owners will also have to show that their servants (f.e. a repair-shop) exercised due diligence as well. The effect of a Clause Paramount will no doubt be discussed more detailed in a following service-letter.

Other requirements concerning the state and condition of the vessel on delivery:

“Ready to receive cargo” is a requirement similar to the one which has to met before a valid NOR can be tendered. This has been discussed in our previous service-letter. Other specific requirements which are commonly used, such as “properly equipped” and “properly manned”, can be brought under the general provision: “fitted for the ordinary cargo service”. So fulfilling these requirements are precedent to charterers duty to accept delivery.

In contrast with this are requirements which are not clearly linked with the requirements discussed here above. To illustrate this, a Time C/P will specify with how much bunkers on board the vessel will be delivered. If she has less or more bunkers on board, charterers will not be entitled to refuse delivery unless this makes the vessel unfit for the service required from her or unless the C/P clearly states that a failure in this respect entitles the charterers to reject delivery of the vessel. Otherwise charterers may be left with a claim for damages.

Charterers may wish to perform a delivery- survey or on-hire survey, jointly with a representative of the owners, to ascertain the condition of the vessel and the quantity of bunkers on board. The NYPE 1993 contains a specific clause (clause 3) dealing with this issue. Usually a joint bunker-survey is helpful to charterers and owners in order to avoid disputes about the quantity of bunkers which charterers take over from the owners.

However charterers should weigh carefully whether they wish to perform a full condition survey of the vessel jointly with the owners.

It could be that delivery has already been accepted and that charterers are not interested to investigate the full condition of the vessel for the purpose of acceptance or not . This may be dependent on the type of vessel or charter, for example if it concerns a trip T/C or a long-term T/C. It could also be sufficient for charterers to have a good impression of vessel’s fitness and engage a surveyor for this purpose.

So whether charterers should perform a condition survey will much depend on the circumstances but often charterers may decide not to spend money and time on it.

Secondly, in combination with f.e. clause 4 of the NYPE 1946 form, stating that the vessel shall be redelivered “in like good order and condition, ordinary wear and tear excepted”, charterers could be made responsible for damages to the vessel which would, but for this clause, not have been their responsibility at all. (Other C/P forms contain similar provisions)
Although it is thought that this clause must mean that charterers have to make good damages which are caused in consequence of owners’ compliance with charterers’ orders, together with a full condition survey on delivery and redelivery charterers may face claims which would otherwise not have arisen.

So it could be preferable to survey damages only when they have been sustained and which are within charterers’ control or for which charterers have been kept responsible. 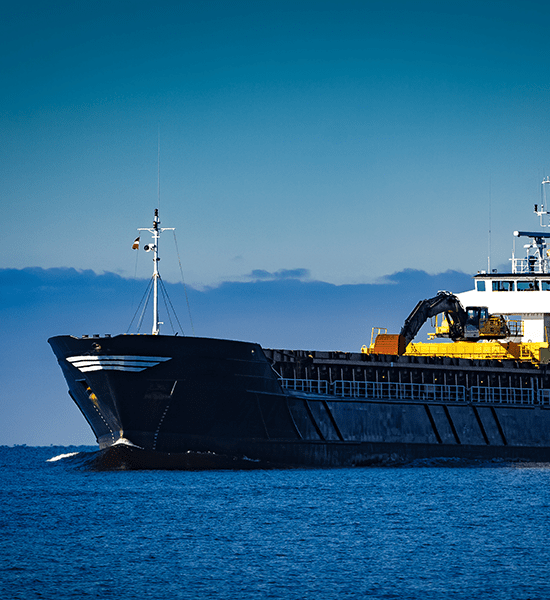