Frequently disputes develop under a Time C/P concerning the performance of the vessel. Charterers allege that the vessel sailed too slow or over-consumed bunkers whereas owners allege that, although this could be true, this was beyond their control.

Charterers obviously wish to know how much time the vessel needs to complete a voyage and how many bunkers she will consume, in the first place because they pay hire and the bunkers are for their account as well. The difficulty with this is that there are many external factors which may affect vessel’s performance, such as the weather (like winds, sea and swell) and currents.

Attempts have been made to accommodate for these uncertainties by incorporating all sorts of provisions in the C/P but disputes are still the order of the day.

In this edition we will try to explain the legal basis for an underperformance claim and the method of calculating the loss of time/overconsumption of bunkers in accordance with English law.

An underperformance claim can be presented on basis of two different principles; Possibly it can be brought under the off-hire clause and alternatively there might be a breach of the speed and consumption warranty. The outcome does not necessarily have to be the same.

The relevant part of the NYPE off-hire clause (clause 15) reads as follows:

“…..and if upon the voyage the speed be reduced by defect in or breakdown of any part of her hull, machinery or equipment, the time so lost, and the costs of any extra fuel consumed in consequence thereof, and all extra expenses shall be deducted from hire.”

If the event which caused the loss of time is mentioned in the off-hire clause (defect in or breakdown of any part of her hull, machinery or equipment) charterers are entitled to bring their claim for loss of time under this clause.
Furthermore, charterers can claim “the costs of any extra fuel consumed in consequence thereof”.
If for example the vessel consumes extra diesel oil but saves on fuel oil, charterers may claim the costs of the extra diesel-oil but have to give credit for the saving in fuel oil which owners are allowed to set off against charterers’ claim for extra diesel oil but no more than that.

Breach of the speed and consumption warranty

Frequently owners undertake that the vessel is capable of a certain performance throughout the C/P period. Sometimes owners guarantee that the vessel will achieve a certain speed or bunker-consumption. Occasionally owners undertake a certain level of performance only at the time of delivery.
It might also be the case that details have been provided “without guarantee”. This means that speed and consumption particulars have been given honestly in good faith. Owners are in breach of the C/P if these details have not been given in good faith which may be difficult to prove.
Usually a breach of a speed and consumption warranty gives rises to a claim for damages. However if the C/P or the nature of the service make clear that for example vessel’s speed warranty is an essential term, charterers may be in a position to cancel the C/P and claim damages as a consequence of a repudiatory breach.

Contrary to the effect of the off-hire clause as explained here above, in case of a breach of the performance warranty, owners are entitled to set off an overall saving in fuel (fuel-oil and diesel-oil) against the damages for loss of time.
Of course, owners will never be entitled to profit from their own breach but on the other hand a saving in fuel may wipe out a performance claim. However no more than that.

Recapitulating it can be said that:
Charterers should try to avoid incorporation of a “without guarantee” qualification or similar provisions.
Charterers’ interest are better served if owners’ guarantee a certain speed and consumption, but assuming this is not feasible:
Charterers should make certain that owners undertake that the vessel is capable of maintaining her warranted performance throughout the C/P and not only at the beginning of the contract.

This is quite a complicated subject and case law is not entirely clear on all issues. Furthermore, there are contradicting Arbitration Awards on certain subjects. Hopefully this will nevertheless serve as a usable guidance.

In the first place under the C/P owners must have warranted that the vessel is capable of maintaining a certain speed and consumption.
Often these figures are qualified by “about” which means that a margin has to be applied. In theory the margin has to be ascertained on basis of the facts which vary from case to case but in order to avoid disputes about this issue usually a margin of 0,5 knots will be allowed.
With regard to vessel’s bunker-consumption, it is not unusual that a margin of 5% of the C/P consumption will be applied to reflect “about”.

Time C/P’s will almost invariably guarantee vessel’s performance under good weather-conditions. If these conditions have not been specifically defined, usually it will be implied that good weather means winds up to and including BF (Beaufort) 4.

(*) Remark:
In above calculation of the warranted maximum consumption over the whole voyage a margin is applied for vessel’s speed as well as for vessel’s consumption. A conflicting Arbitration Award is known in which it was concluded that this would amount to a double benefit for the owners.
It suffices to say that in this article meaning has been given to the fact that owners guaranteed a speed of minimal 11,5 knots and a maximum consumption of 31,5 mt IFO and 2,1 mt MDO, thereby giving effect to “about” as a qualification of three separate warranties.

In the absence of any specific provision in the C/P, naturally vessel’s log-books would be the most appropriate source from which the weather-data should be collected because these data obviously originate from the vessel herself. If these data are not reliable other sources could be consulted like weather-bureaus or routing-services.
Frequently the C/P already states that charterers will engage a routing-service to whom the master should report and who may provide the master with their advices.
Traditionally routing-services calculated weather factors which represent an average adjustment of vessel’s speed calculated over the whole voyage.
In view of what has been said her above the calculation of these average factors is not allowed in legal proceedings and therefore it appears that nowadays the calculations of routing-services often do meet these legal requirements by using vessel’s ”good weather” performance as a basis for evaluating vessel’s performance over the whole voyage.

If charterers engage a routing-service they should also consider to try to include a provision in the C/P pursuant to which the weather-data collected by an independent routing-service will be binding. This would in any event avoid disputes about which data from which source have to be applied. Imaginably this would be beneficial to owners as well. Apart from this another advantage is that charterers have direct access to professional and clear information on basis of which vessel’s performance has already been evaluated in accordance with the legal requirements.

Needless to say that Charterers should think over if engaging a weather bureau makes sense for the relevant voyage. This will depend on the character of the voyage, such as length, area, coastal or ocean voyage, concentration of traffic, etc. In principle it can be said that a performance evaluation may make sense on ocean voyages of substantial length.

Parties to a C/P are of course free to agree that currents should be taken into consideration when calculating vessel’s speed. If they do so it should be clear which data have to be used for this purpose.
Weather bureaus will be able to provide this service, so it might be most convenient for parties to agree that their data will be binding.

If there is no specific reference in the C/P to currents, it is doubtful whether the effect of currents should be taken into consideration. There are contrasting Arbitration Awards. On the one hand it has been held that currents are a fact of life and should therefore not be ignored. On the other hand, Arbitrators have concluded that if parties wish to take currents into account this should be expressly mentioned in the C/P.
The problem which will then arise is to judge which data are most reliable, assuming that useable data are available at all.
To get around this problem, again it is advisable to agree specifically in the C/P which data should be used or to agree that the effect of currents shall be ignored. 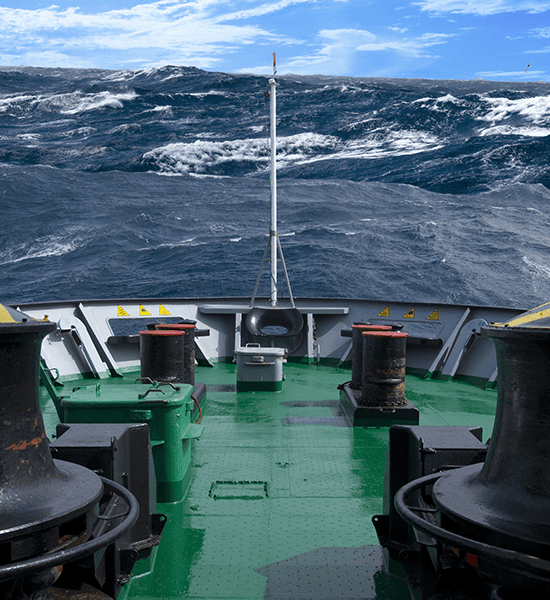