As some will remember, there has been a positive development in relation to charterers’ obligation to provide counter-security to owners under clause 9 of ICA 2011 (London Arbitration 18/18). However, the IG Group has now responded to this development by advising their members to amend their ICA clause in their charter parties. The IG Group’s amended ICA clause seems advantageous to their member owners, but not to charterers. Charterers should therefore not automatically agree on the terms proposed by owners and should, if possible, resist the full incorporation of ICA 2011. Charterers should keep in mind that not all versions of the ICA are the same and that the older versions might be more beneficial to them.

The essentials of London Arbitration 18/18

The vessel was chartered by disponent owners to charterers on an NYPE 1946 form with additional clauses. Clause 35 of the charter party read as follows:

[…] Liability for cargo claims, as between Charterers and Owners, shall be apportioned/settled as specified by the Interclub New York Produce Exchange Agreement effective from 1996 and its subsequent amendments.”

As discussed in our Claims Service Letter 6, clause 9 of ICA 2011 has the effect that if one of the parties to the charter party had to put up security for the original cargo claim, this party is entitled to security from the other party on the basis of reciprocity.

In subject London arbitration case a cargo claim arose at the discharge port and head owners put up security to the cargo side in order to avoid arrest of the vessel. Disponent owners provided counter-security to head owners voluntarily and then sought counter-security from charterers down the C/P chain on basis of clause 9 ICA 2011. Charterers’ P&I club rejected this demand arguing that there was no obligation to provide counter-security by charterers because the words used in clause 35 were inapt to incorporate the full terms of ICA 2011 (including clause 9) into the charter party.

The tribunal agreed with charterers that as a matter of strict construction, clause 35 only related to apportionment and settlement of cargo claims and did not include the provision of security. It did not provide any basis for applying clause 9 of ICA 2011 which dealt with security for claims and it did not incorporate the full text of ICA 2011.

From a charterers’ perspective this is of course a welcome development. Clear and express wording is needed in order to incorporate the full terms of ICA 2011, including the obligation to provide counter-security. Most commonly used ICA clauses do not include such clear and express wording, which may also cause uncertainties. Slight differences in wordings can have a significant impact on the interpretation so the wording of your charter party should always be checked carefully.

As mentioned, the IG Group has now responded to this development by advising their members to amend their ICA clause in their charter parties. The amended clause includes such wording to ensure it encompasses the request for counter-security to be provided by charterers:

Although the London arbitration award is not legally binding, it forms a positive development for charterers. At the same time it shows that caution should be exercised when parties wish to incorporate the ICA mechanism into their charter party and each party should carefully consider to which extent this mechanism should be incorporated, particularly with regard to the provision of counter-security.

If you have any further questions, please contact our claims team.

This article is written by Daniëlle Hofmans.
danielle.hofmans@charterama.com 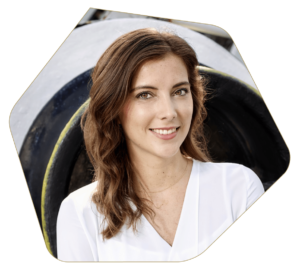