Charterama sticks to its guns in battle for charterers' business

It is a distinctly different approach from other facilities such as the Charterers P&I Club, Nor wegian Hull Club and MS Amlin, which are all part of more diverse insurance groups.

Not many insurers put all their eggs in one basket, but Lesuis believes the dedicated approach best suits the charterers’ market.

“Apart from claims, charterers’ liability is very much a service product,” he told TradeWinds. “There are lots of issues over charterparty disputes and/or legal and operational issues. A good deal of our day is filled with advising and assisting our clients, rather than actual claims.”

VOLUME BUSINESS
Lesuis knows the business inside out, with a background in chartering ships for trader Glencore. He then learnt about insurance through stints at RaetsClub and Marsh before setting up Charterama in 2009 with fellow director Evert Margry.

If there is an antithesis to the Charterama approach, it is that of the International Group of P&I Clubs, which commands around 70% of the charterers’ liability market.

The P&I clubs have moved in on the charterers’ cover as a diversification strategy from their main line of business, which is mutual shipowner P&I cover.

They have a clear edge on the rest of the field as they can attract volume business from existing mutual shipowner and operator clients, they have global networks and are extremely well capitalised.

He also believes the giant P&I clubs that are geared towards underwriting for the mutual members can overlook the interests of charterers’ liability clients. Lesuis said Rotterdam-based Charterama can be more versatile and viable, because of its size and short lines of communication.

“But at the larger P&I clubs and corporates, senior management are keen to drive a more centralised decision-making process, involving actuarial teams, not only in the modelling of account exposures, but also giving them more influence in the overall decision of whether to write an account or not,” he said.

“Being a specialised underwriting agency, Charterama obviously follows the rules of sustainable underwriting but is a lot more flexible in judging each account and risk on itself, rather than following corporate general rules and exclusion.”

But the P&I clubs are not the only ones eyeing the charterers’ market. Lloyd’s of London outfits have a 5% to 10% market share and, with plenty of spare capital looking for business, several small insurance agencies are seeing an opportunity to move in.

The growing capacity has pushed rates down and Lesuis admits premiums are struggling to recover. While charterers’ rates show signs of picking up, they are still behind the recovery seen in the hull and machinery and P&I markets. He described current pricing as “unsustainable”.

“Where most marine insurance lines do see increases of some 15% average, in charterers’ liability the upward trend is only slowly getting off the starting blocks.” Lesuis said Charterama has no intention to diversify but is sticking to its policy of specialising.

In 2019, it opened an office in Paris, following on from its expansion in the Asia-Pacific region five years earlier through its Hong Kong office.

Charterama has about 500 clients on its books, which it has developed using a global network of 130 brokers. Premium income increased around 17% last year and is generating about $10m per year.

Lesuis is joined in the ownership of Charterama by two European private equity partners and has the security of backing from insurance giant RSA.
The company is operating on the scale of a medium-sized P&I club in the charterers’ market but the ambition is to grow.

“Future strategy is aimed at expanding our brand further to become the leading global provider for charterers’ liability insurance, recognised for having a commercial approach, comprehensive terms and an excellent claims handling service,” he said.

By Adam Corbett in London, TradeWinds 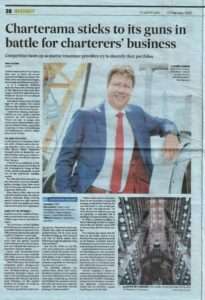 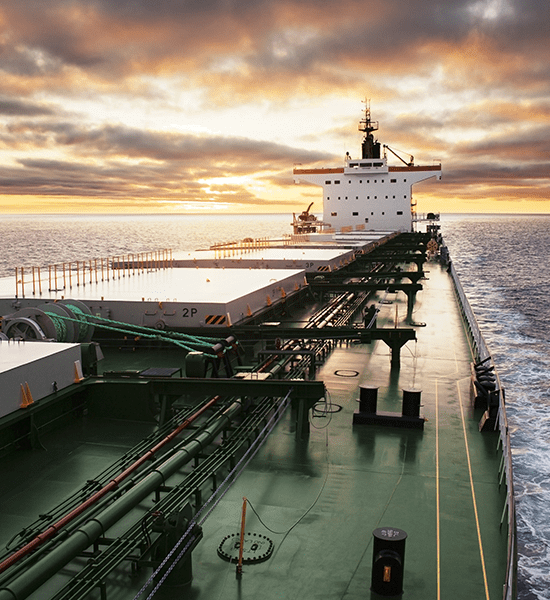